You are here: Sydney A to Z (home) » Government House 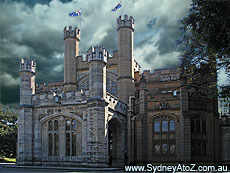 ©2006 Gabriel Ditu
Construction of the Government House in Sydney commenced in 1837, based on plans made by the Royal Architect, Edward Blore. Designed in a Gothic style, The Government House was erected on a 5 hectares property in walking distance from the Opera House overlooking Farm Cove.

From 1845 until 1996 The Government House was used as the Governor's residence, office and official reception space.

Today the Government House is open to the public, but occasionally it is used as official reception space.

Trivia: The first resident move in 1845 and was Governor George Gipps. 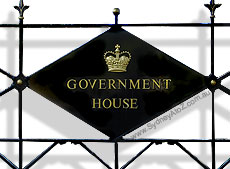 ©2006 Gabriel Ditu
How to get there
The easiest way to reach the The Government House is by public transport. Trains, buses and ferries are available to Circular Quay station. See map.

Hours of Operation:
Grounds open daily from 10am to 4pm
House open Friday to Sunday from 10.30am to 3pm
Tours depart every half hour commencing at 10.30am (last tour at 3pm)
Closed Christmas Day and Good Friday