You are here: Sydney A to Z (home) » Gay Lesbian Mardi Gras

The Sydney Gay and Lesbian Mardi Gras is one of the largest annual parade and pride festival for the gay and lesbian community in the world. 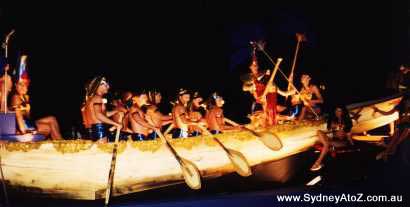 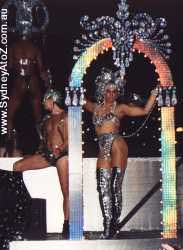 Beside the exotic costumes and dance music, the parade has always had a political edge, with often witty visual commentary.

For the most part, Sydneysiders now accept the Mardi Gras as an important and vibrant part of the city's cultural landscape and the event is sure to remain a vital part of Sydney culture.

Trivia: Mardi Gras is French for "Fat Tuesday" and is the last day of the Lent carnival in France, when the prize ox is paraded through the streets of Paris, and accompanied with mock priests and a band of musicants in imitation of a Roman sacrificial procession. In Louisiana, which was original a French colony, the celebration of Mardi Gras has become a traditional annual celebration.

Where
The Sydney Gay and Lesbian Mardi Gras parade starts at Museum Station (CityRail) and goes towards the Oxford Street, Kings Cross Station.

Tips
Use the public transport. The event is attracting huge crowds (over a 500,000 people) to see something you need to come many hours before the event.

When:
Usually in the first weekend in March. For more details go here.