You are here: Sydney A to Z (home) » Sydney nightlife

If Sydney is missing something, that is definitely not a varied and colorful nightlife. There are plenty of nightclubs, strip bars, adult shows, brothels and other venues for adult entertainment. After all, there must be a reason why Mark Twain wrote: "Satan made Sydney" quoting a citizen of the city. 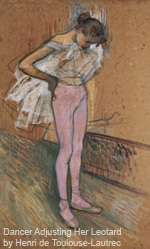 Kings Cross is recognized as Sydney's red-light district with numerous strip clubs and "girlie" bars. Beside "the Cross", as is often referred to by Sydneysiders, many famous adult clubs are also located in Darlinghurst and Surry Hills area.

For tourists in search of late-night action, a good choice would be Oxford Street, between Hyde Park and Taylor Square, where there is a large variety of pubs and dance clubs. This are is also the nighttime focus for Sydney's large gay and lesbian scene.

During summer, Cockle Bay Wharf in Darling Harbour, the Rocks along George Street and the Spanish restaurants along Liverpool Street attract a boisterous crowd.

How to get there
For "the Cross" the closest train station is Kings Cross.