You are here: Sydney A to Z (home) » Auburn Botanic Gardens 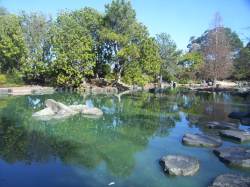 On 1987 a brick archway and iron gates was build at the entrance of the Avenue of Remembrance. 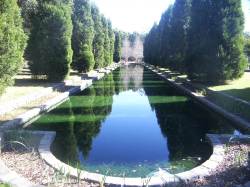 Trivia: Billabong is an Australian English word used to refer to an oxbow lake, a stagnant pool of water attached to a waterway. Billabongs are usually formed when the path of a creek or river changes, leaving the former branch with a dead end. The word is derived from two Aboriginal words: "billa" meaning "creek" and "bong" meaning "dead". From Wikipedia Encyclopedia 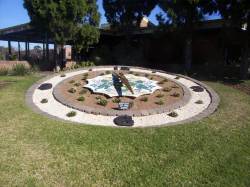 Photo: Ioan Ditu
How to get there
The gardens are located at the corner of Chisholm and Chiswick roads in Auburn. You can go by train, to Auburn Station and then walk or by bus. See map.

Hours of Operation:
The gardens are open every day. There is a small fee to pay at the entrance.