You are here: Sydney A to Z (home) » botany bay national park north 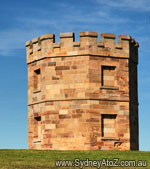 ©2006 Gabriel Ditu
To see the page dedicated to the Southern part of the Botany Bay National Park please follow this link. 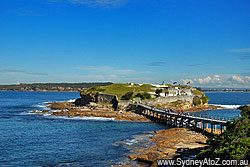 
Trivia: The name of Bare Island comes from James Cook description of the Botany Bay. He refers to the "small bare island" as a convenient navigational marker.

Hours of Operation:
Botany Bay National Park is open to public all year around.