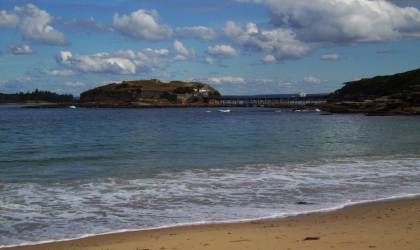 The French camped on the north shore. Short after that, Father Receveur died and was buried in the place we call today La Pérouse. The French ships La Boussole and L'Astrolabe sailed out to sea and vanished completely.

A monument was erected by the French to commemorate the great explorer La Pérouse.

In 1821, the Governor Macquarie is building a tower to accommodate a small guard.

In 1895, the Bare Island was fortified after plans made by architect James Barnet. At present the island is administered by the NSW National Parks and Wildlife Service. 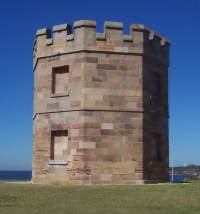 How to get there
There are buses going to La Pérouse. See map.

Hours of Operation:
You can access the sites at any time.