You are here: Sydney A to Z (home) » Surfing 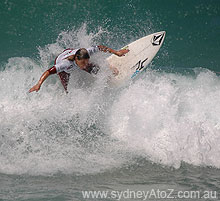 ©2006 Gabriel Ditu
The first modern record of surfing was made by Lt James King in 1779. At the time, surfing was part of the indigenous Hawaiian culture. Native Hawaiian rode waves lying down, sitting or standing on long, hardwood boards. Even the Hawaiian chiefs would require to demonstrate and confirm their authority by the skills they displayed in the surf.

Surfing popularity grew slowly from 1779 through to 1960, but with improvements made in TV casting, the growing media exposure made surfing a multi billion sport. 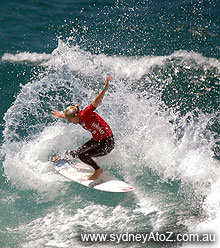 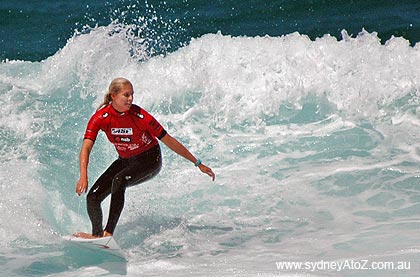 ©2006 Gabriel Ditu
06 December
1882 - A rare Transit of Venus across the disc of the Sun is visible from Australia, and many scientific parties arrive from around the world to observe and record the event.