You are here: Sydney A to Z (home) » Australia

The name Australia is derived from the Latin word australis, meaning southern. Legends of an "unknown southern land" (Latin: terra australis incognita) date back to the Roman times, but they were not based on any knowledge or fact.

Geologically speaking, the Australian continent begin to form around 4.5 billion years ago and is one of the oldest in the world.

©2006 Gabriel Ditu
The Aboriginal people started to colonize Australia around 42,000 to 48,000 years ago. Nomadic hunters and gatherers, Aborigines develop a sophisticated religious and spiritual life, in spite of their simple way of life.

The first documented European sighting of the Australian continent, was that of the Dutch captain Willem Jansz who sighted the coast of Cape York Peninsula in 1606. During the 17th century, the Dutch charted the whole of the western and northern coastlines of what they called New Holland, but made no attempt at settlement. 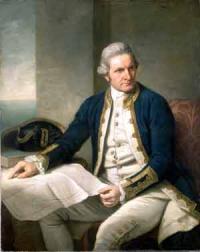 The British Crown Colony started on 26 January 1788 with the arrival of the First Fleet which was under the command of Captain Arthur Phillip. The first settlement was Port Jackson latter on called Sydney. This date will become Australia's national day, Australia Day.

Van Diemen's Land, what will call today Tasmania, was settled in 1803 and became a separate colony in 1825. Britain formally claimed the western part of Australia in 1829. Separate colonies were created from parts of New South Wales: South Australia in 1836, Victoria in 1851, and Queensland in 1859. The Northern Territory was founded in 1863 as part of the Province of South Australia.

Victoria, South Australia and Western Australia were founded as "free colonies" (without convicts). The transportation of convicts to Australia was phased out between 1840 and 1868.

The Aborigines, estimated at about 350,000 at the time of European settlement, declined steeply for 150 years following settlement, mainly because of infectious disease, and forced migration, the removal of children and other colonial government policies.

On 1 January 1901, federation of the colonies was achieved and the Commonwealth of Australia was created as a Dominion of the British Empire. The Australian Capital Territory (ACT) was formed in 1911 to provide a location for the proposed new federal capital of Canberra.

The Statute of Westminster 1931 ended most of the constitutional links between Australia and Great Britain. In 1951 Australia signs the ANZUS military treaty and becomes a formal military ally of the US.

With the passing of time, Australia's links to its British past are fading away and it's integrating more and more in the Asia-Pacific region.

The Commonwealth of Australia is a constitutional monarchy and has a parliamentary system of government. The Queen (or the King) of United Kingdom is also the Queen (or the King) of Australia. The Queen is represented by the Governor-General, which has extensive executive powers, but they are normally exercised only on the advice of the Prime Minister.

There are three branches of government.

The bicameral Commonwealth Parliament consists of the Senate (the upper house) of 76 senators, and a House of Representatives (the lower house) of 150 members. Members of the lower house are elected from single-member constituencies, commonly known as 'electorates' or 'seats'. Seats in the House of Representatives are allocated to states on the basis of population. In the Senate, each state, regardless of population, is represented by 12 senators, with the ACT and the NT each electing two.

Elections for both chambers are held every three years; typically only half of the Senate seats are put to each election, because senators have overlapping six-year terms. The party with majority support in the House of Representatives forms Government, with its leader becoming Prime Minister.

Voting is compulsory at all levels of government.

Australia's 7,686,850 km² landmass is in the middle of the Indo-Australian Plate. Surrounded by the Indian, Southern and Pacific oceans, Australia is separated from Asia by the Arafura and Timor seas.

Australia has a total 25,760 km of coastline and claims an extensive Exclusive Economic Zone of 8,148,250 km² (excluding the Australian Antarctic Territory).

Climate is highly influenced by ocean currents. Roughly 40% of Australia's land mass is desert, semi-arid or covered by sand dunes. Australia is the driest continent (after Antarctica), the flattest, and has the oldest and least fertile soils.

The south-east and south-west corners of the continent have a temperate climate. The northern part of the country has a tropical climate: part of this region is tropical rainforest, part is grassland, and part is desert.

The Great Barrier Reef (north-east coast) is the world's largest coral reef and extends for over 1,200 km.

The world's two largest monoliths are located in Australia: Mount Augustus in Western Australia (largest) and Uluru in central Australia.

Mount Kosciuszko (2,228 m) on the Great Dividing Range is the highest mountain on the Australian mainland, although Mawson Peak on the remote Australian territory of Heard Island is taller at 2,745 m.

Much of Australia's biota is unique and diverse. About 85% of flowering plants, 84% of mammals, more than 45% of birds, and 89% of in-shore, temperate-zone fish are native. Despite the federal and state measures to protect the environment, many of Australia's eco-regions are threatened by human activities.

Wattle is the flower on the Coat of Arms of Australia.Most Australian plant species are evergreen and many are adapted to fire and drought, including the eucalypts and acacias. Australia has a rich variety of endemic legume species that thrive in nutrient-poor soils because of their symbiosis with Rhizobia bacteria and mycorrhizal fungi.

Well-known Australian fauna include monotremes (the platypus and echidna), and a host of marsupials, including the koala, kangaroo, wombat, and birds such as the emu, cockatoo, and kookaburra.

Many plant and animal species became extinct soon after human settlement and many more have become extinct after the European settlement, among them the Thylacine (Tasmanian Tiger).

Australia has a prosperous, Western-style economy, with a per capita GDP slightly higher than those of the UK, Germany and France. The country was ranked third in the 2004 Human Development Index and sixth in The Economist worldwide quality-of-life index 2005.

Rich in natural resources, Australia is a major exporter of agricultural products, minerals, metals, and fossil fuels, which are accounting for more than 50% of the value of total exports.

The government is pushing for increased exports of manufactured goods, but without much success.

Most Australians are descended from 19th and 20th century immigrants, the majority from Britain and Ireland. Australia's population has quadrupled since the end of World War I, helped by an ambitious immigration program. The five largest groups of Australians born overseas were from the United Kingdom, New Zealand, Italy, Vietnam and China.

The self-declared indigenous population-including Torres Strait Islanders account for about 2% of the total population. Indigenous Australians have higher rates of imprisonment and unemployment, lower levels of education and life expectancies.

Over 85% of the Australian population lives in a city.

Australia is experiencing a demographic shift towards an older population, with more retirees and fewer people of working age.

English is the official language, and is spoken and written in a distinct variety known as Australian English.

English is the only language spoken in the home for around 80% of the population. The next most common languages spoken at home are Chinese (2.1%), Italian (1.9%) and Greek (1.4%).

There were between 200 and 300 Australian Aboriginal languages at the time of first European contact. Only about 70 of these languages have survived, and all but 20 of these are now endangered.

Australia has a sign language known as Auslan, which is the main language of about 6,500 deaf people.

There is no state religion. About 68% of Australians call themselves Christian, 5% non-Christian, and the rest are non-religious.

School attendance is compulsory between the ages of 6-15 years, contributing to an adult literacy rate assumed to be 99%. Approximately 58% of Australians between the age of 25 and 64 have vocational or tertiary qualifications.